In memory of Bruce Scherr

It’s with a heavy heart that I write to share the news of the death of one of our colleagues. Bruce Scherr, a member of our board of directors since January 2016, passed away suddenly and unexpectedly the evening of March 29. Bruce served on the Finance Committee since 2017 and as Finance Committee chair beginning in 2018. He served on the Value and Affordability Task Force in 2019 and the Oversight Committee from 2017-2018. He was 72.

Bruce’s career was quite distinguished. He received his bachelor's degree from Rutgers University and his master’s and doctorate degrees from Purdue University, all in agricultural economics. In addition to his service to SPP, he also served on the boards of E. Ritter & Company, Santa Energy Company and J. D. Heiskell & Company. He was chair of the board of Legumex Walker, Inc. from 2011-2015. From 2002-2015, he was on the North American Electric Reliability Corporation board, where he served for a time as vice chair as well as chair of the Finance and Audit Committee and the Compliance Committee.

Bruce served as a member of the Global Strategy Institute Advisory Council of the Center for Strategic and International Studies, on the board of directors for Desert STAR Inc. from 2000-2002, and as a member of The University of Tennessee’s (UT) Institute of Agriculture Agricultural Development Board and UT’s Committee for the Future.

Bruce was named a 2007 Distinguished Agriculture Alumni from Purdue University. He was a member of several honorary research and agricultural societies and a member of the National FFA Foundation Sponsors’ Board from 2000-2001. He was a former advisor to the President's Council of Economic Advisers and National Aeronautics and Space Administration.

Those of you who had the opportunity to work directly with Bruce no doubt saw the same thing I did, that he gave 100% to SPP and always had our best interests in mind. His financial and executive leadership experience afforded Bruce a unique and valuable perspective regarding our business. He was personable, knowledgeable and optimistic, and he had both a fantastic sense of humor and wicked golf game. He was proud of his family and a loving husband of more than 50 years.

The Scherr family will conduct a small service in his honor today at Howard-Quattlebaum Funeral, Cremation and Event Center in North Palm Beach, Florida. They are planning a larger celebration of his life later this year. In lieu of flowers or other gifts, Bruce’s wife Susie requests that donations be made to St. Jude Children’s Hospital, a favorite charity of theirs since their years in Memphis.

Please join me in keeping Bruce’s wife Susie and the rest of their family in your thoughts and prayers at this time. 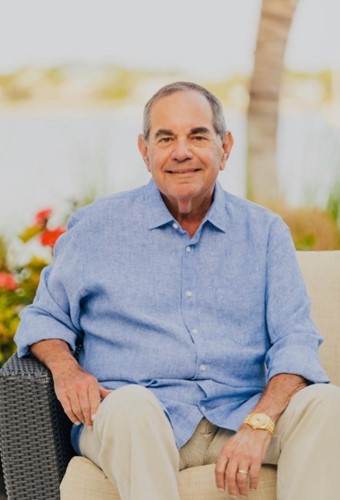 Filings, governing documents, and other resources.