In her role, Mathews will lead SPP’s state regulatory policy efforts and support the company’s work on related regional transmission organization policy matters, interacting with a wide array of stakeholder groups and organizations.

“We are very excited to have Talina join our team,” said Paul Suskie, SPP executive vice president of regulatory policy. “She has an extensive background in and understanding of our industry – particularly how policies of regional electric markets interact with state policies and regulations. During her 20-year career, Talina has garnered the respect of the regulatory community.”

Mathews served the state of Kentucky for more than 20 years. Most recently, Gov. Matt Bevin appointed her to serve on the commission in 2017.

Mathews is a member of the National Association of Utility Regulatory Commissioners (NARUC), where she serves as a board director, co-vice chair of the Committee on Electricity, and member of the Committee on Critical Infrastructure. Mathews served on MISO’s Organization of MISO States and as PJM’s Organization of PJM States (OPSI) president. She also served as president of the Southeastern Association of Regulatory Utility Commissioners.

“I am very excited to join SPP at such an important time in the evolution of regional transmission organizations,” Mathews said. “The issues have become more complex, but the mission remains constant — reliability of the bulk wholesale power system.”

Before her role as Kentucky PSC commissioner, Mathews served the public service commission as executive director, policy advisor and staff economist. She also served as executive director and economist in the Kentucky Office of Energy Policy. Mathews has a doctorate and a master’s in economics from the University of Kentucky and earned an undergraduate degree in economics and mathematics from Berea College. 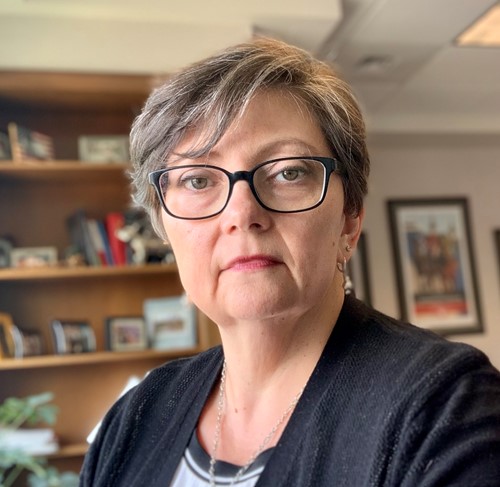 About SPP:  Southwest Power Pool, Inc. is a regional transmission organization: a not-for-profit corporation mandated by the Federal Energy Regulatory Commission to ensure reliable supplies of power, adequate transmission infrastructure and competitive wholesale electricity prices on behalf of its members. SPP manages the electric grid across 17 central and western U.S. states and provides energy services on a contract basis to customers in both the Eastern and Western Interconnections. The company’s headquarters are in Little Rock, Arkansas. Learn more at SPP.org.

Filings, governing documents, and other resources.